May be you are wondering why when you start following Christ seriously you find yourself in a difficult situation. When we get through a religious experience, we usually feel in awe. We start communicating and being vocal about particular experiences with the Lord that are changing our life. But sometimes following Christ is problematic when friends and even family members are opposed to your religious views. If we go to Church often, we are judged; if we participate in our community of faith we are criticized. No matter what you do, there are people out there in a judgmental role. They would see you differently if you have a greater sense of commitment to God in the Church. Even if a person wants to pursue a religious or priestly vocation most of the time that person is discouraged for taking the call of the Lord seriously.  I remember when I was a teenager, I listened to the voice of the Lord. I started attending Church often and I was participating while I was discerning a calling. When I mentioned to my family that I was considering entering the seminary, I felt that nobody took me seriously. My dad was totally against the idea of having his only son in a seminary. For him was a “disgraceful situation”. I was a sign of contradiction.

In a society that is proclaiming that being successful by the way we accumulate wealth, fame and prestige, my family was not an exception. Even though I was raised Catholic, for my family it was just a tradition. A cradle Catholic like me was expected to go to university, graduate and have a successful career, have a great job, buy my own house to live with a beautiful wife and many kids. Those were my father’s expectations. The Lord help me to understand that being a sign of contradiction in my family was not a bad thing. Even at the beginning of my spiritual journey, I felt that the Lord was setting my own house on fire in the good sense of the word. I wanted to live my baptism, but I was undecided. Parental pressure was an issue for me, when my dad asked me to move forward with a career or leave the house. Perhaps that was the last push I needed to finally decide entering the seminary. I embarked in an awesome journey but I knew that I was not pleasing my dad. I was a sign of contradiction.

Even though I feel that I am not worthy to be compared with Our Lord Jesus Chris who was himself a Sign of Contradiction in his time (and our time), I relate my own experience with the One who was announced in the Old Testament as the Savior of the world.  Isaiah’s prophetic message about Jesus is very clear:

“For a child will be born to us, a son will be given to us;
And the government will rest on His shoulders;
And His name will be called Wonderful Counselor, Mighty God,
Eternal Father, Prince of Peace”  Is 9,6.

How come that the Prince of Peace will then say the following words?

Jesus is very vocal against the authorities of his time, he was truly the Sign of the Times; the absolute  and ultimate example of being a Sign of Contradiction.  When He proclaimed the truth many people in authority was shaking.  He put many leaders on the spot for just following the letter of the law instead of the heart of the law which is love.  Even since His childhood, Our Lord Jesus was presented in the temple as a Sign: “Behold this child is set for the fall and rising of many in Israel, and for a sign that is spoken against” Lk 2,34. 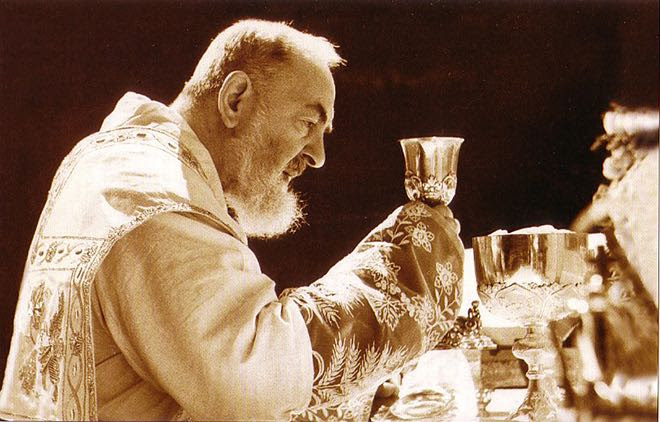 2 thoughts on “Following Christ as a Sign of Contradiction”

Search my Back Pack